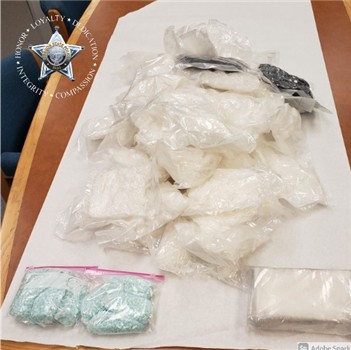 The search of the vehicle revealed:

Mr. Ponce Gonzalez and Mr. Madrigal Birrueta were lodged at the Klamath County Jail for:

The Oregon State Police was assisted by Agents from the Medford Offices of the Department of Homeland Security Investigations and the Drug Enforcement Administration.